Unless otherwise agreed in a written contract, Cargo Inspections Group services will be performed under the following general terms and conditions:

“Principal” means the person or company from whom the instructions to act have been received. As is described in clause 2 below, CIG may act in any inspection either for a sole principal or for joint principals. The term Principal when used in these terms and conditions shall, in relation to an instruction in which CIG acts for joint principals, refer to CIG’s joint principals jointly and severally.

1. CIG provides inspection services to its Principal. It performs inspections, verifications, examinations, tests, sampling, measurements, tank calibrations and similar operations. In addition, CIG provides advisory, consultancy, computer software and other services in connection with such matters. The results of CIG’s inspection and testing procedures are provided to its Principal in reports and certificates.

2.1 CIG will act either on behalf of a sole principal or two or more principals. The principal or principals are the parties to whom CIG addresses its Confirmation of Instruction, a written confirmation which CIG sends out whenever a new instruction is accepted.

2.4 Joint principals will be jointly and severally liable for the obligations described in paragraphs 3, 4 and 12 below.

3. CIG will perform services in accordance with the Principal’s specific instructions, relevant industry standards and trade customs, and such other methods as may be considered technically suitable by CIG.

4. The Principal will ensure that instructions are issued to CIG in due time to enable the required services to be performed effectively. The Principal will ensure that installations, ships, refineries, etc are aware of the instructions of CIG and that the inspectors will be permitted to execute them without hindrance. CIG cannot be held responsible for total or partial non-execution of the Principal’s instructions which cannot be executed due to limitations placed on its performance by third parties. In the event of CIG being totally or partially prevented from the performance of the required service by any cause whatsoever which is outside CIG’s control, CIG shall immediately be relieved of all responsibility whatsoever for the partial or total non-performance of the required service and the Principal shall pay to CIG all expenses incurred by CIG until cessation of the service being performed. The Principal shall ensure that all necessary measures are taken for safety and security of working conditions, sites and installations during the performance of services.

5. CIG is entitled in its absolute discretion to delegate the performance of all or any part of the services to an agent or subcontractor. CIG is authorised by the Principal to disclose to its appointed agents and subcontractors any and all information and documentation which is reasonably necessary in order to enable the performance of the services.

6. The contract between CIG and its Principal will not be affected by any contract between the Principal and any third party including without limitation any contract of sale, purchase or supply, any letter of credit or other trade finance contract and any bill of lading or other document of title. If CIG receives a copy of such a contract, or any document which describes the terms of such a contract, then it will receive it for information only.

7. CIG, its agents, subordinates and representatives will use reasonable care and skill in performing the services it provides to the Principal. It shall be under no liability to the Principal other than for claims arising through negligence, recklessness or wilful misconduct, the burden of proof being upon the Principal.

8.1 The liability of CIG in respect of any claim for loss, damage or expense of any nature and however arising is limited to a total aggregate sum equal to fifteen times the amount of the fee paid in respect of the specific service which gives rise to the claim. Where the fee payable relates to a number of services and a claim arises in respect of one of those services the fee shall be apportioned for the purposes of this clause by reference to the estimated time involved in the performance of each service. CIG shall be under no liability whatsoever to the Principal for any claims arising in respect of any service unless the Principal gives written notice to CIG within 45 days of the inspection performed by CIG alleged to justify such claim. In any event CIG will be absolutely released from any and all liability whatsoever in relation to the performance of services unless suit is brought within one year of the date on which the services were or (in the event of non-performance) should have been performed.

9. CIG will have no liability whatsoever for any indirect or consequential loss, including without limitation loss of profits, loss of business and loss of use or production.

10. CIG will have no liability to the Principal in respect of and no obligation to indemnify the Principal against claims made by any third party against the Principal or, in the case of services performed by CIG for joint principals, any claim by one of these principals against another.

11. Where CIG is requested to witness the execution of tests in a third party laboratory, the responsibility of CIG is limited to a CIG representative attending during testing and ascertaining that, in CIG’s opinion, the tests are carried out on the correct sample. All apparatus, instrumentation and measuring devices are assumed to be in calibration and good working order. Reagents and standards are accepted as utilised. The laboratory technicians are assumed qualified. CIG accepts no responsibility for the accuracy of the results, which remain the sole responsibility of the third party laboratory.

12. The Principal shall indemnify CIG, its officers, servants, agents and sub-contractors against all claims made by any third party in respect of performance or non-performance of services rendered to the Principal in accordance with instructions from the Principal.

14. CIG will issue reports and certificates of inspections which reflect the results of the testing and/or investigation services performed by CIG within and subject to the limitations of the instructions received from the Principal.

15. The Principal shall pay invoices issued by CIG promptly upon receipt, but in any event not later than 30 days from the date the invoice is received, unless otherwise agreed. Failing prompt payment of said invoice, interest shall become due at the rate of 2 per cent per month from the date of the invoice until payment is received.

16. If you wish to raise a complaint about any aspect of Cargo Inspections Group’s services, you should contact our team at: compliance@cargoinspections.com with details of your complaint. We will do our best to resolve your complaint in accordance with the following procedure: Complaints Procedure – For the initial phase of registering a complaint, Cargo Inspections Group will investigate the matter in a manner that is fair and objective and advise you of the outcome and/or our decision as soon as practicable. You may be required to provide additional information, documentation or appropriate evidence to assist us deal with your complaint. 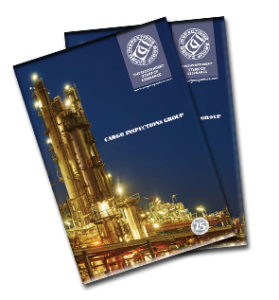